When the EFA International Showman was held in Perth, Wendy was also invited to be Coach for the Singapore Team. ‘Singapore did not have Showman events, and this was a borrowed horse event, so it was a totally new experience for the young team, and they did a great job.’

She was also appointed Team Coach for Singapore for the Asian Equestrian Games in Taipei. ‘The Asian Equestrian Games was a very exciting event, Taiwan were brilliant hosts, with many many horses competing. We were all looked after magnificently from the beginning to the end.  They put on an amazing Opening Ceremony, and the event finished with a dazzling Farewell Dinner.’ 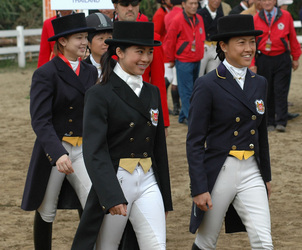 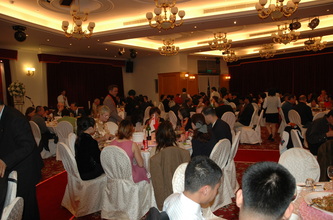